A Word from the Bible (10 scripts with CD)

These ten scripts teach kid-friendly explanations of important Bible words, such as "sin," "mercy," "salvation," "gospel," and more. For example, the "worship" script features a confused pirate who has come to talk about a "war ship." Each humor-filled skit lasts about three minutes. The scripts each have two characters. One character appears in every script, while the second character varies in each script. However, you don't need a huge cast of characters to perform these routines - the second character could be played by the same actor or puppet each time, in different costumes such as pirate, chef, or magician. A CD recording of each skit is included with the book, along with the printed dialogue. Use them with puppets, drama, clowns, or ventriloquism. 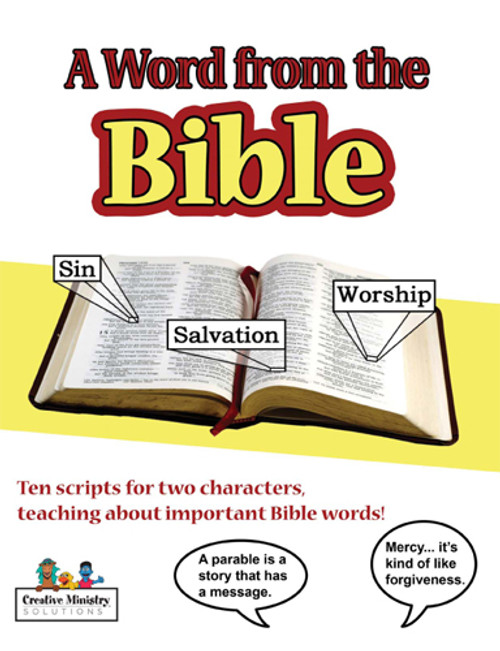 A Word from the Bible (10 scripts with CD)